Banking While Pregnant: Lending Discrimination Against Women on Maternity Leave 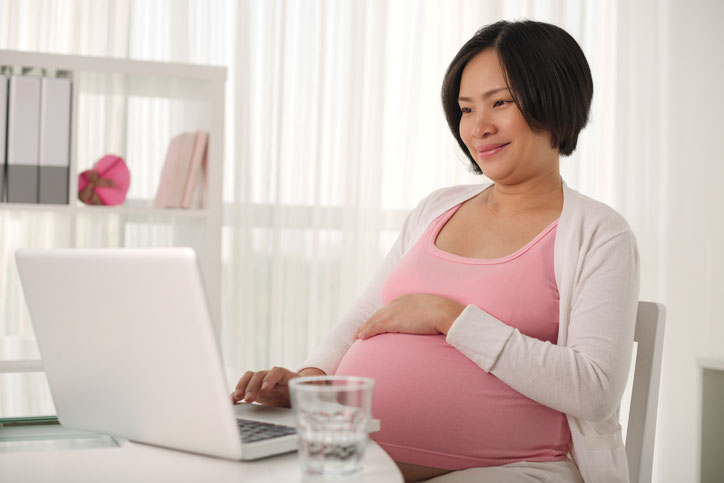 As if trying to balance work and a new baby weren’t challenging enough, new parents in the Lower Hudson Valley are being systematically discriminated against by regional banks when they try to get mortgages.

Throughout 2017 and 2018, Westchester Residential Opportunities, Inc. (“WRO”) conducted a series of fair lending investigations in Putnam, Rockland and Westchester counties and found a significant pattern of “familial status” discrimination by regional mortgage lenders. In particular, the banks and mortgage brokers we investigated showed a bias against providing loans to new parents who intended to be on, or already were taking, maternity or family leave. Our investigations found that lenders failed to comply with the rules in 26 of the 30 parental leave investigations we conducted. That’s an astonishing 86% failure rate.

Against the law, and nothing new
Unfortunately this is not a new issue. For many years lenders have been unsure about how to qualify households for a mortgage when a borrower was on leave from work because of pregnancy or the birth of a child. In particular, those applicants may receive a reduced income during their leave, and there have been questions about how their income should be calculated for purposes of mortgage qualification. Some banks have even incorrectly assumed that a woman on maternity leave may not go back to work and have denied or delayed a loan because of that.

What’s wrong with that?
Federal enforcers, including the U.S. Department of Housing and Urban Development and the Department of Justice, have investigated and settled many cases challenging lenders’ decisions about whether and when to make a mortgage loan when a borrower is on leave because she or he is having or adopting a baby. The Fair Housing Act protects pregnant women as well as
households that are in process of getting legal custody, including through adopting or fostering a child under the age of 18. The law is very clear: “[t]he protections afforded against discrimination on the basis of familial status shall apply to any person who is pregnant or is in the process of securing legal custody of any individual who has not attained the age of 18 years.”

What’s going on?
Familial status discrimination in mortgage lending transactions often presents in how employment income is counted during the loan approval process, if an applicant expects to be on maternity/paternity leave around the time monthly payments would start coming due on the new mortgage. Less income generally results in less loan.

In the case of our investigations, our investigators (or testers as we call them), were told lots ofdifferent things by their mortgage agents, for example:

Many of them were told that the banks could only qualify them based on the income they were actually receiving while on leave (generally a reduced income, thus a reduced mortgage).

Some were told that the lender would only look to their spouse’s income to qualify the couple.

Some were told that they should wait until they were back at work, so that the bank could use their full regular income.

Others were told that they should rush to close on a house before the baby was born.

Some were told flat out that the bank can’t trust that they will go back to work.

How did they do?
None of those responses is correct. Depending on the timing of an individual’s expected return to work from parental leave, the applicant’s loan can be approved for a home loan based on their income before they went on leave. In other cases their loan can be approved based on the income that they receive while on leave plus consideration of financial resources that they have that are
not needed to close on the loan. Applicants for a mortgage on maternity or adoptive leave are not required to return to active work status or change their unpaid leave period in order to be approved for a loan.

Memories are short
That 86% failure rate our tests revealed is all the more troubling because there has been a period of significant investigation and enforcement by HUD and the Department of Justice of these exact practices. Back in 2010, HUD increased enforcement on maternity leave discrimination in lending, resulting over the following several years in more than 170 complaints and many high profile lawsuits and settlements, and lots of commitments from the banking industry to do better going forward. The three big entities that work with lenders to underwrite loans—Fannie Mae, Freddie Mac and FHA—all developed policies about how to consider potential borrowers who are pregnant or adopting.

Perhaps HUD, the Department of Justice and private litigants need to revisit maternity leave in lending as an enforcement priority. Our work suggests they would have ample targets for enforcement. Alternatively lenders can develop clear policies about these issues and reacquaint themselves with the fair lending laws and the underwriting guidelines published for them by Fannie Mae, Freddie Mac and FHA.